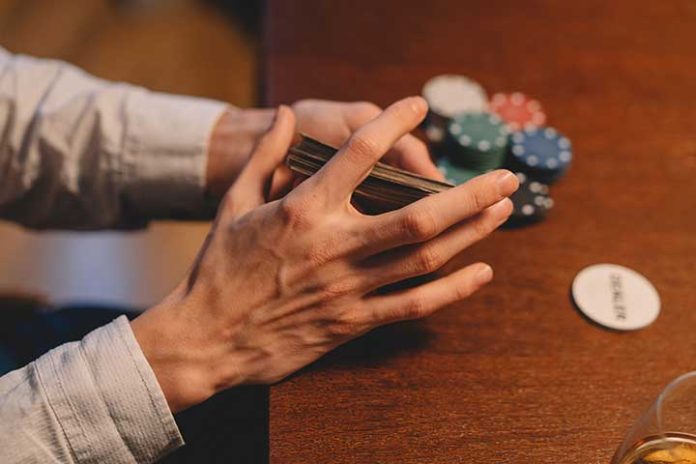 The world of poker has known players of all kinds throughout its history. In fact, millions of users have slipped under the radar in the competitive world of professional poker, largely because they never had the success mindset or the knack for a first-time success that would propel their careers among the best.

However, today we want to focus on those players who have had an obvious impact in this sector thanks to their success in prestigious tournaments, implementing innovative strategies or the charisma they have been able to transmit when they sat down at a table.

Thanks to their contribution, this game has gone from being played in person in exclusive casino rooms, to being available to practically anyone thanks to the online poker pages that currently flood the web. In this case, we will introduce you to the 3 players that we believe are most representative. Do you want to meet them? Continue reading.

The late Johnny Moss is one of the greats in poker history. The fact of growing up in a context of need and surrounded by scammers gave him a much more mature and intelligent vision than the rest of the boys his age. Moss was able to apply this “street wisdom” to the world of poker.

However, the event that would end up marking his career was when he was hired to observe poker tables in a local area to make sure that the players did not cheat . During that time he learned everything he could about the game and even developed the strategies he would use in the future.

If we talk about the best poker players in history, Phil Hellmuth cannot be missing. And he can’t do it for one simple reason: The Poker Brat is the player who has managed to win the most World Series of Poker awards with 16 bracelets .

This milestone could already be anticipated from a very young age, since Hellmuth, who showed no interest in studying or sports activities, always stood out as a competitive strategist in board games . Poker ended up capturing his full attention at the age of 16, at which point he began to carve his legend out of it through study and repeated failure .

Until 1989, the year in which he became the youngest player to win a World Series of Poker main event. After his second bracelet in ’92, Hellmuth would achieve the milestone of winning three championships in three days. Since then, The Poker Brat has won to achieve a number that today makes him the most successful player in history .

Our podium of poker players who have marked an era is closed by Phil Ivey, a boy who was taught to play poker by his grandfather when he was only 8 years old and who grew up in the shadow of one of the cities most closely related to the game United States: Atlantic City . With these ingredients, it was to be expected that a potential champion would emerge, as it later proved.

His passion for poker even led him to “sneak in” to play regularly in poker rooms at the age of 17, falsifying his identity. Fortunately, it was in those same establishments that he met Daniel Negreanu and Barry Greenstein , who quickly picked up on his shortcomings and helped shape the great player he would become.

In fact, Ivey would win his first World Series of Poker bracelet in 2000. Later, he would add another nine more to reach the figure of ten that he currently holds and which places him as the player with the second most awards in history along with Johnny Chan and Doyle Brunson and only behind the aforementioned Phil Hellmuth.

While the three players we have mentioned above have had a powerful impact on the world of poker , we must not forget others like Daniel Negreanu, Antonio Esfandari, Erik Seidel, Johnny Chan, Doyle Brunson, Billy Baxter, Men Nguyen, Jeff Lisandro and even the Spanish Adrián Mateos.

Finally, we must not forget the millions of anonymous players who, in one way or another, have made some kind of contribution to the expansion of poker , whether it was playing a game of poker with friends, in their favorite establishment or using a mobile phone. last generation.

Also Read: Is Roulette or Poker Better For Beginners?

With these Blackjack Tips you will improve your gaming by a lot! Are you one of the thousands upon thousands of blackjack fans out there...
Read more
BETTING TIPS

Streaks are one of the most used terms in gambling. We've all had good and bad streaks of luck at the casino and even...
Read more