Casino Streams Are Becoming Increasingly Popular On Twitch And YouTube 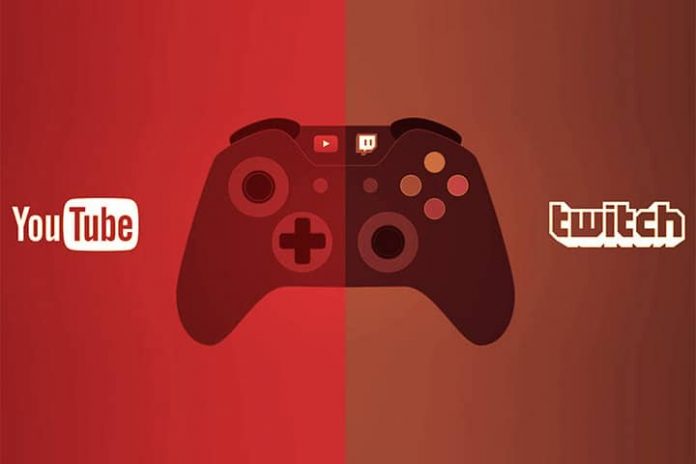 Twitch and YouTube are platforms that are mainly used for gaming content. Many streamers also talk about their private lives and communicate with their viewers.

In the meantime, however, Twitch and YouTube have also become a point of contact for gamers who offer a broadcast that is played in an online casino. Of course, these sessions are only intended for people who are over 18 years of age. If you take a closer look at the discussions in the chat, you quickly notice that significantly younger viewers will be present.

This form of streaming was first noticed in this country when the well-known streamer Montanablack gambled in his stream and the whole thing was then followed by the media, even though he was in a gray area at the time. Because numerous online casinos have a European license, they are basically also allowed to offer German players the opportunity to play on a slot machine.

While the category on Twitch and YouTube was mostly kept very small, it seems to be bursting at the seams in recent years and there are many people watching a casino stream, especially in the evening. We also looked at such a stream once and want to report how such transmission works.

In order to be able to compete in the highly competitive category, streamers have to come up with something special. Most of them offer a raffle and award loyalty points to viewers when they win high, which can be exchanged for various things. For example, a viewer can wish for a specific slot machine if he has collected enough points. If the streamer achieves a high profit in this, there are again bonus points for the viewer.

The raffles are often tough too. Most of the time, the streamers have a wheel of fortune or use software to draw a winner. In addition to loyalty points, there are also cash prizes to be won, most of which are paid out in the form of a Paysafecard so that winners can play in an online casino themselves.

What Are These Streams Actually About?

In an online casino stream, gamers usually present new games or new casino portals in order to draw attention to them. Of course, streamers earn money with this type of advertising if a viewer registers at the casino

For many viewers, it’s mostly about being able to satisfy their desire after gambling. By watching how another player plays at the slots, your own desire is satisfied and you can save yourself a loss if the machine does not give out any winnings. But communication among each other also seems to play an important role. Viewers not only chat with the streamer, the community is also closely networked with each other and talks about very different things.

With so-called “bonus races” or “bonus purchases”, players get a lot of fun and excitement, even if they cannot make a profit themselves. Due to the chance of bonus points, which can later be converted for money, there are certainly some viewers on board in order to be able to afford the risky hobby of gambling on a slot.

If you have never really come into contact with the gaming industry, you should perhaps not even watch such a stream, as it can quickly tempt you to try out playing in an online casino yourself. Especially because of the high profits, which often occur after a few minutes, the thought arises that you can make money yourself quickly.

However, there is a huge difference between a streamer and a normal gamer. All streamers on Twitch or YouTube receive various bonus offers from the casino portals that they can use on a daily basis. A player, on the other hand, usually only receives a bonus, which is available shortly after registration. Thus, the chances of winning are of course very different and streamers suffer a significantly lower loss if a streak of bad luck occurs.

Not only the winnings are a house number, provided the correct symbols appear on the reels. The missions also amaze us. A well-known streamer plays with a stake of 10.00 euros per spin, so that over 500.00 euros are lost within a few minutes. While many continue to cheer on the streamer in the chat, we realize how risky playing in an online casino can be.

In most cases, it is streamed for online casinos which pass the highest value on to the streamer. Very few streamers worry about which casino they are actually promoting in their broadcast. Before you click on one of the links as a viewer, you should first get a picture of a casino portal before you register and then make a deposit.