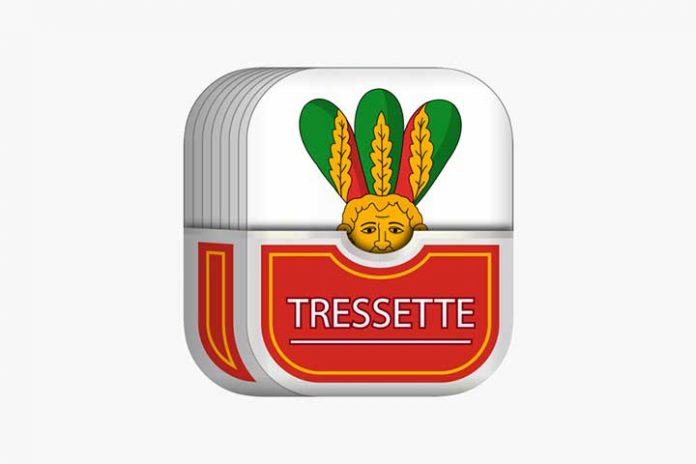 All you need to know is to play a cassette

The game of tressette is one of the essential card games with Briscola and Scopa. Overcoming the boot, we can say that it is a viral game even in different nations with a strong Italian influence, such as Albania or Croatia.

We often play tressette with friends or participate in amateur or professional tournaments. Some of these tournaments take place not only in the squares but also in Online Casinos.

Thanks to this short guide, we can learn how to play tressette and the best strategies to apply to win each game.

In this article, we will see:

The game of tressette takes place using a deck of 40 Italian or Neapolitan cards, and like many Neapolitan card games, it requires a minimum of two up to a maximum of four players. Tresette can also be played with French cards, excluding jokers, 10s, 9s and 8. It is generally a team game, and therefore, it is much easier to find tables of four players rather than two players. The two-player tressette is defined as “a Pizzico.”

The scale of the value of the cards is in descending order: Three; Two; Ace; King; Horse; Infantryman; Seven; Six; Five; Four. This means that the Three wins on all other cards while the Jack, for example, wins on cards seven, six, five and four.

There are also variants of the cassette known in Italy with different names.

The unfolding of the game

In the first round, the dealer is chosen randomly among the four participants. This will shuffle the cards and have the player on his left cut the deck. Then he will begin to deal the cards, one card to each player, counterclockwise. At the end of the distribution, all forty cards will be in the players’ hands, ten for each player.

At each round (or hand), the first player, playing the first card, will choose the suit of the hand, which is defined as the “stake”, and all subsequent players will have to answer with the same case. If a player does not have a card of the same suit, he will have to draw a card with a different claim defined in the game’s jargon as “lead”. Generally, there is a tendency to drop a lead with the lowest value to give the opposing team an advantage.

The player who drops the card with the highest suit value corresponding to the pile wins the round.

Each game consists of ten rounds (or hand) where each player, per turn, will play a card. A game ends when the players have no more cards in hand.

At the end of each game, the points of the player or pair of players are counted.

How to play trendsetter for two

Playing tressette with two players is very simple and is based on the rules we have already mentioned before. First, the cards are shuffled and dealt one at a time to the two players, up to 10 cards each.

When playing tressette with two players, the first hand begins with the player who has not dealt the cards and therefore, the four of diamonds rule does not apply.

The player who starts will then have the first hand, which in some ways is an advantage, especially if he has high-value cards in his hand or has, for example, a Napoli.

When the cards in hand are finished, the remaining twenty left on the table are dealt to proceed with a new hand.

Also Read: How To Play Solitaire

How to play tressette in three

Ten cards are then dealt with each player, and a small deck of ten cards is formed, which are intended for dummy and are placed in front of the empty seat.

Very often, even if it is not a strict rule of thumb, the dealer is the player who will play dummy.

In this case, when playing tressette with three players and the dummy’s turn arrives, the royal partner will check which cards are his invisible partner and decide at each hand which is the best card to roll based on his strategy.

The other rules already mentioned above remain unchanged.

How to win in tressette

To win in a tressette, a score must be obtained at the end of the game, which is decided in the preparation phase of the game. Generally, you opt for an overall score of 21, but sometimes you can choose to get to 11 or even 31.

The cards in the game of tressette have a different score: Each ace is worth 1 point, the figures (King; Knight; Jack) and the Twos and Threes are worth 1/3 of a moment while the remaining cards, defined smooth, are worth 0 points.

The pair or the player who arrives first to collect the previously agreed points wins.

Also Read: How To Play In A Real Money Casino

Strategies to win at tressette

The game of tressette is said, at least so the legend goes, that four mutes invented it, and for this reason, it is impossible to talk.

The history of the tressette is therefore shrouded in mystery but, thanks to the legend, we have gestures and customs that still accompany the games of this fun game today.

When you play tressette, you never talk to your partner because you could run into “messing up” the game, that is, restarting the round and stopping it at any time. For this reason, there are gestures that you can use.

The gestures of the tressette

The first gesture is the “Knock “. The player, who must be the first player in hand, knocks on the table with his hand. This indicates important information to the partner player who will pay the highest value card in a pile.

If the partner player of the one who previously knocked has won the round at the end of the hand, he must play a card of the same suit as the previous hand again. This allows the pair of players to understand if they both have strong cards of a particular suit without risk too much.

The second gesture is the “Flight “. The player will lower the card a few centimetres from the surface of the game table, indicating to the partner that that card is the last of which suit in the player’s hand.

The last gesture is the “Smooth “. The player will slowly slide the card across the table. This indicates to the partner player that you have other cards of that suit. Generally, this technique is used by playing a plain (discard) with zero points or one of the highest cards.

The collection of aces

One of the most famous tressette winning strategies is collecting aces. The aces, which have the highest score of all the other cards, can be managed by lowering the two or three in correspondence with the suit. Through this strategy, when playing a cassette, you will try to deprive the other players of the cards with the highest value by sometimes sacrificing essential cards such as face cards.