The Most Famous Casinos In Fiction 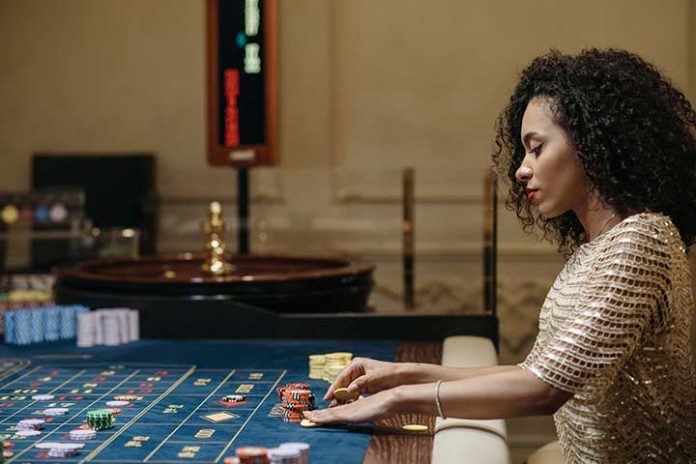 The casino and its games have long been a source of inspiration for movies and popular culture thanks to the picturesque stories that take place within its walls and tables, by iconic characters who, despite not being real, manage to captivate us from the moment we make a presence in them.

Many of the online platform casino games such as Lowen Play have been characterized by having a wide variety of themes, many of them inspired by movies and popular culture, which provide an interesting background for greater entertainment for users every day. time they connect for a roulette session, or slots from their devices. In turn, many of these games and these temples to entertainment have gained prominence in the imagination of authors and directors with references that end up being icons of popular culture.

As one of the most iconic films in cinema history, Casablanca tells the story of the love triangle of Rick Blaine (Humphrey Bogart), Ilsa Lund (Ingrid Bergman) and Victor Laszlo (Paul Heinreid) in the Moroccan city of the same name. It is at the Rick’s Café run by Bogart’s character that most of the plot unfolds.

The picturesque place was a meeting point for officers, spies and refugees who, without distinction of faction, could sit at the same table to enjoy the nightly show or a game of roulette without committing themselves, while Rick, for his part, took advantage of his position , to help those who need to flee to the United States.

The Final Fantasy saga is one of the most popular and long-lived creations of Square-Enix, with the seventh installment of 1997 being the most appreciated by the public. In it we follow Cloud Strife, a soldier of the AVALANCHE group who seeks, together with his allies, to stop Sephiroth, who seeks to take control of the planet after discovering that it was the product of the Shinra corporation’s experiments.

In the journey, Cloud visits the Golden Saucer, a mega theme park where you can race Chocobos (mount in the form of a bird) as well as fights to win unique prizes, in order to investigate the whereabouts of your enemy. One of the areas, the Wonder Square, is a casino with several mini-games where Cloud will meet Cait Sith, a peculiar character whose fondness for games is revealed with his special move, a slot machine that can bring a benefit to the player depending on the result. .

The Star Wars movies have been characterized by their captivating plot, innovative special effects and impressive scenery worthy of other worlds, but fortunately, filmed in ours. Among so many destinations, the planet Cantonica is a tribute to Las Vegas, but at its maximum power.

Throughout the saga, the casino city of Canto Bight has been considered the mecca of entertainment in the entire galaxy, attracting the wealthiest visitors from all over the world to enjoy the game rooms, cabarets, hotels and the dangerous races of fathers. . However, all the luxury and extravagance of Canto takes a back seat when a fierce fight begins between the members of the Resistance and the First Order that will seek to recover the power that the Galactic Empire once held.

This small sample emphasizes how fruitful the imagination of those dedicated to seeking inspiration to give us new ideas can see in the casino is the perfect canvas to draw new stories that manage to transcend the screen.

Also Read: Best 6 Casino Apps To Use In Michigan