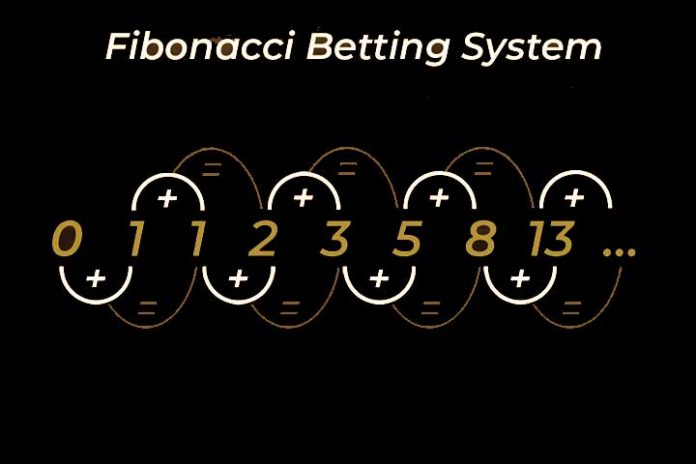 What are the bets with the Fibonacci System? Progressive betting systems are not the most glamorous way to bet on football, but some argue that they do make big profits. We investigated the Fibonacci betting system to see if the returns are worth it.

The basis of the Fibonacci Strategy for soccer betting, published in 2007 by Fragiskos Archontakis and Evan Osborne, is simple: bet on a tie and in case of a loss, bet on another. And repeat this process until the player wins. There are only two additional, yet essential, rules to follow:

The idea is based on a 1989 theory that a tie is the hardest thing for bookmakers to predict and therefore can be taken advantage of. According to this theory, as long as the bet is continually increased, the winnings will be greater than the previous losses.

Betting with the Fibonacci System in practice

According to the 2011/12 Premier League data, there were 93 draws in 380 games, so 24.5% of all games ended in draws. Interestingly, out of those 380 matches, the odds of a potential draw were above the minimum threshold of 2,618 suggested by Archontakis and Osborne.

This means, on average, one win every four games. The winning bet would be the fourth Fibonacci number, 3, with a total bet of €7 each time (the winning bet added to the previous three losing bets: 1, 1 and 2). If we take into account that the average tie odds throughout the season were 4,203, this implies an average profit of €12.61 (€3 bet multiplied by the odds), with a profit of €5.61 when subtracting the bets.

Disadvantages of the Fibonacci Strategy

However, with this method, long periods without ties generate a decidedly negative balance in the bettor’s capital. In the Premier League’s longest drawless period (Manchester United in 2008/09), the Red Devils went 20 games without a draw, before losing 0-0 to Arsenal.

Because the Fibonacci sequence is increasing exponentially, punters would have had to wager €10,946 on that last match to continue the streak. With this bet, players in this system should have wagered €28,656, which is a considerable amount for a system that normally makes profits of just €21.02. However, the odds of a tie in that game were 4.10. They would have reported earnings of €44,878.60 and a profit of €16,222.60. With the Fibonacci method, increasing bets also produce impressive returns.

The Fibonacci sequence is one of the most common number sequences in mathematics. It is characterized by the simplicity of its formula:

Therefore, after the initial two digits, each additional digit in the sequence is equivalent to the sum of the previous two digits. For example, the Fibonacci sequence begins with 1, 1, 2, 3, 5, 8, 13, and 21. Let’s look at the beginning of the sequence:

Conclusion: is the Fibonacci method effective?

Like the Fibonacci sequence itself, the Fibonacci betting strategy must be understood as a mathematical concept . As in all progressive betting systems, the theory works perfectly with unlimited and unlimited capital. However, keeping in mind the limitations of the real world, Fibonacci follows the same rule as all bets: the unknown.

Using the Manchester United example above, a bettor would have risked a total of €28,656 on 21 occasions, for a profit of €16,222. A player who does not have the €10,946 required for the final bet will find themselves with an overdraft of €20,000 with no possibility of return.

Because we all have a limit, whether imposed by capital or a bookmaker, the Fibonacci sequence cannot continue indefinitely and therefore does not appear to be a lucrative long-term solution.