The Oldest Games In The World 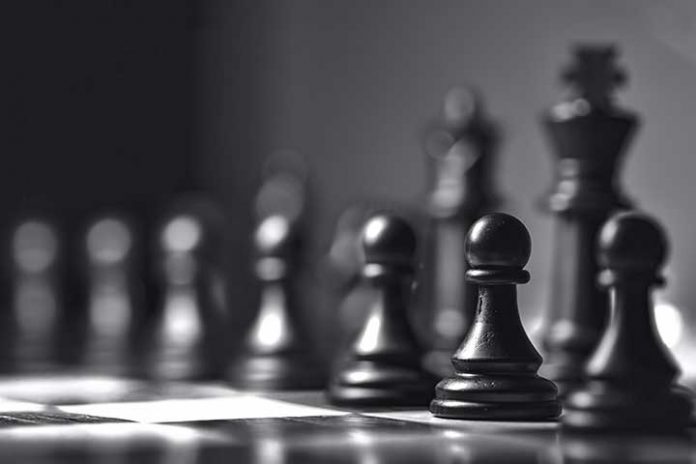 We all know that the ancient Egyptians thought cats were cool. They were often worshiped and even mummified when buried. And who can blame it?… What you may not know is that, although cats ran the show in ancient times, the most popular games we play today were also part of everyday life back then.

Well hold on, because we’re about to take a trip back in time to find out where the most popular games originated and how they became what they are today!

Many would say that chess is one of the oldest games still played today, but the truth is that it is actually relatively modern. Exactly where it was invented remains unclear, but most historians think it originated in India around the 6th century AD. But you know that other historians bet on China as their place of origin.

The oldest format of the game was developed during the Gupta Empire and was called “chaturanga”, after the homonymous yoga posture. That primitive chess consisted of three military bodies: infantry, “elephantry” and cavalry. Those are the pieces that eventually became the pawns, bishops, rooks, and knights that we play today. As with most ancient games, the rules of chess were also evolving and spreading on a global scale. The standards we use today are believed to have originated in Europe around the 15th century.

There is no doubt where the popular board game of go originated! It is clear that China is the one who has that honor. The old legends of that country affirm that it began to be played in the time of the Chinese emperor Yao, between 2356 and 2255 a. C. It was he himself who invented it for his son, Danzhu, in order to teach her balance, discipline and concentration. Go was originally called weiqui in China, before being given its current name as its popularity increased.

In fact, it was not restricted to China for a long time and soon spread like wildfire throughout Southeast Asia. The Japanese, in particular, loved this game and it is in Japan that most of the modern changes to it were introduced. The version played by the 1670s was already similar to the one we play today.

Backgammon is a game well known and loved in all corners of the world, and also one of the oldest board games ever. Its origins were unclear for a while, but in 2004 there was a major archaeological discovery when it came to backgammon. A board was found in the Iranian city of Shahr-e Sukhteh that looked very much like a backgammon board.

It is undoubtedly the oldest found to date and has been dated to around 3000 BC. C. The board was made of ebony and its 60 pieces were fabulously made of turquoise and agate. As in all ancient games, the rules of backgammon evolved over time and as it spread to other regions of the world. But it’s oldest version, similar to the modern one, is the so-called “tabula”, which originated in the Byzantine empire, in Greece, around 480 AD. c.

Checkers is surely one of the oldest board games that is still played today. Its humble origins are located in the ancient city of Ur, in southern Mesopotamia, known today as Iraq. A version of this game very similar to the current one found in this area was dated with carbon 14 as being from the year 3000 BC. c.

As usual, checkers changed and evolved as the game spread far and wide, and today there are quite a few versions, including English or American checkers and Russian checkers. Believe it or not, the first world championship in the game of checkers took place in France in 1885.

This is the game we’ve all been waiting for! Of course, bingo games have evolved over time, but there is no doubt that bingo is one of the most important games that have survived to this day. However, its original version was very different from what you can find today on online bingo websites .

In the mid-16th century, what was fashionable was the Italian lottery known as lo giuoco del lotto d’Italia . The players already had cards engraved with number boxes and those numbers were drawn from a sack. Later, around the 1770s, bingo arrived in France, where a young adult changed its format a bit by making the cards have three horizontal lines and nine vertical lines. Although the numbers were still drawn from a bag, only then was the innovation introduced that someone could win by completing a horizontal line.

Bingo is believed to have later spread to the UK and other European countries around the 19th century. Later, World War I troops would play a version of bingo called “tombola”, between 1914 and 1918. When they returned home they took that game with them and it was in their hometowns that it evolved into the format that we know and adore today.

Fast-forwarding to the 20th century in America, the game became very popular there during that time. Hugh J. Ward was the first person in that country to create and standardize bingo for commercial use, back in the 1920s. However, the modern version of bingo is largely credited to Edwin Lowe. Lowe stumbled across the game at a carnival and took it back to New York with him, where he recruited a mathematician to help him create different winning combinations and ensure that there could not be multiple winners in the same game.

The game itself was similar to its French version, but the numbers were marked with black beans and the winner had to shout: “beano!”, which was the first and closest version of the jubilant shout of “bingo!” that we all know and use today.