Stanley Mallin: The Story Of The Former Casino Inventor 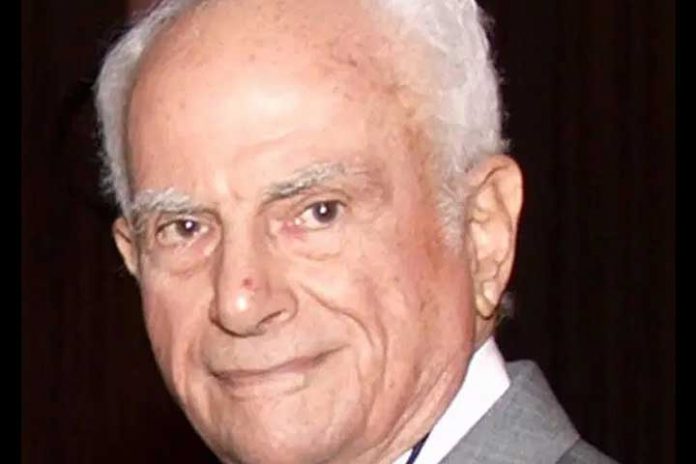 Who was Stanley Mallin: casino inventor and investor

There are many figures in the world of Las Vegas who today are more or less known and remembered by the general public. Surely when we talk about the most extravagant city in the world we immediately think of Kirk Kerkorian and Sheldon Adelson, two of the most powerful and influential men in Las Vegas.

Indirectly, one thinks of the various casinos they manage and built, such as The Venetian or the Flamingo, or of controversial figures who have remained in the shadows like Bugsy Siegel. However, fans know very well figures less known to the general public such as Jay Sarno and his famous colleague and friend Stanley Mallin , the inventor and investor among the most influential in Las Vegas.

The story of Stanley Mallin

Stanley Mallin’s story as an entrepreneur begins after World War II, but the pinnacle of his success came later. He was born in Kansas City, Missouri in 1925. His parents were the couple Louis and Bess Mallin and he had a brother, Robert, and a sister, Adrianne. He befriended the famous casino visionary Jay Sarno while undergraduate while attending the University of Missouri . He enlisted in the United States Army to fight in World War II, interrupting his studies for a short, albeit uncomfortable period. When he returned from the war he completed his training and followed his friend Jay Sarno to Miami .

The historical line taken by Sarno was the same as that of Stanley Mallin. Together they attempted to open various companies in the construction sector , first a company for the sale of tiles and then for building construction, but both companies went bankrupt in a short time and brought the two to meager results. The two friends were close to defeat in the business world when, through a mutual friend, they met one of the most influential trade unionists of the time, Jimmy Hoffa .

The former trade unionist introduced the two young entrepreneurs to the man who would later propel them to success: Allen D. Dorfman . Dorfman, a financial consultant, worked closely with Hoffa, as they both worked in the International Brotherhood of Teamsters , a US and Canadian union that fought for workers’ rights. The consultant lent the two a large sum to open motor-hotels in Atlanta.

Also Read: Tips And Tricks For Playing Successfully At An Online Casino

Give Atlanta to Vegas

After getting the loan from Dorfman, Stanley Mallin and Jay Sarno had Jo Harris , a famous American architect, build the Atlanta Cabana Motel . The inauguration took place in 1958 and was so successful that the two young entrepreneurs opened other motels in different locations in the United States. However, the Atlanta Cabana Motel, with its marvelous Rococo-style rooms and suites, was not only of the two friends but had an illustrious partner, the beautiful and very famous actress Doris Day .

Jo Harris, a graduate of Georgia Tech , did most of the interiors and did a perfect interior design job perfectly reproducing the Rococo style demanded by Stanley Mallin and Jay Sarno.

After the huge success of the hotels, the two took a trip to Las Vegas and fell in love with that fantastic world of games and lights . The international successes of the casinos created later are the children of that fleeting trip.

The two friends, who have now become established entrepreneurs, decided to move to the city of lights in the mid-1960s. Stanley Mallin , together with Sarno, as soon as they arrived in Las Vegas they began to make arrangements with Kirk Kerkorian , a famous real estate entrepreneur with a keen eye for business. Kerkorian owned a good chunk of land in the Nevada desert, about 32 acres, and his idea was to build a hotel. However, the business of renting the land to the two promising young people did not get out of hand and it was at that moment that the lives of the three famous Las Vegas entrepreneurs changed forever.

The first casino built was Caesars Palace . Against all odds given by the investors and the great entrepreneurs of the time, who saw a European-style hotel as a bankrupt investment right from the start, Stanley Manllin and Jay Sarno managed to demonstrate to the world that reality was very different from common thinking. Caesars Palace, also known as Palazzo dei Cesari , is a currently existing casino hotel and is today one of the symbols of Las Vegas.

The main theme of the hotel-casino is the Roman Empire and to demonstrate this, it presents itself with detailed reconstructions of statues typical of the Roman era and Roman architecture. It was never one of the largest hotels in the world, but the two worked hard enough to make it not only one of the buildings that can be labeled as one of the most luxurious hotel-casinos in the world, but also a 5-star hotel , something that all era was very rare.

Caesars Palace was not among the largest hotel-casinos in the world , but just three years after it opened in 1966, thousands of tourists traveled to Las Vegas just to see the fantastic hotel-casino designed by Jay Sarno and Stanley Mallin .

After Caesars Palace and its enormous success, the two entrepreneurs opened a second casino, the Circus Circus . The name takes up the main theme of the casino: the circus . The fantastic hotel-casino has an entrance similar to a circus tent , a very special structure. Thanks to this peculiarity, the Circus Circus quickly became one of the symbols of the city becoming one of the most famous casinos in Las Vegas .

Its fame is not only due to the structure and the innovativeness of the chosen theme, but also from the scenes shot in the structure. Shooting feature films inside casinos is something much more common today, just think of the TV series Las Vegas , where some scenes were shot inside the Mandalay Bay. The Circus Circus was the protagonist in one of the most famous films in the history of cinema: Agent 007 – A waterfall of diamonds . The film is famous for the excellent participation of Sean Connery and for being one of the films in which roulette is the protagonist .

Ownership of the casinos changed many times over the next few years, from Kirk Kerkorian to Vici Properties , a subsidiary of Caesars Entertainment, Inc. that grows into the land-based casino market and live online casino market .

Stanley Mallin had five children and thirteen grandchildren. Together with his wife, Sandra Mallin, 39 years younger than him, he founded the Stanley and Sandra Mallin Early Childhood Center in 2000 , a non-profit society dedicated to children and their education.

Also Read: How Can The Use Of Blockchain Improve Online Casinos?