Real Madrid Or Barcelona? Bets For The 2020/21 La Liga season 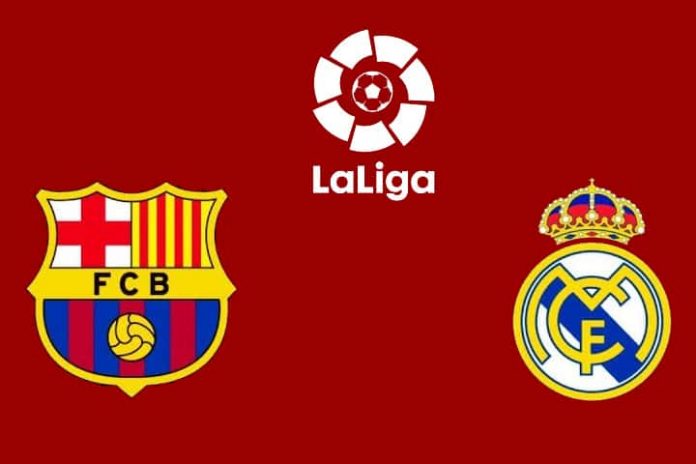 The best European competitions are returning from their short summer holidays. We have already talked about the new season of the English Premier League, and this week the Spanish League starts with Granada – Athletic.

Now it’s time to ask yourself the most important question, who will win 2020/21 La Liga season?

What possibilities does Barcelona have now that we know that Messi is going to stay? Will Zidane get the title? Will Atlético de Madrid be able to get into the fight of the giants?

Real Madrid is returning from its post-pandemic summer vacation after taking the La Liga championship title, with just one loss and 11 wins, having conceded just six goals.

It is quite logical that in view of such results the bookmakers have made Zidane’s team the favourite of the new season.

Is there any reason that could make the current champion fail?

In addition, rumours continue that several players could leave Real Madrid at the same time, starting with the eternally discontent Gareth Bale and ending with Luka Modric, winner of the Ballon d’Or in 2018.

Another thing to take into account is the priority that Zidane gives to winning the Champions League against the national competition.

It is interesting the connection that some have made between the losses of key figures in Barcelona at the same time that they failed to win the title of La Liga champions.

This summer Atlético de Madrid put all their efforts in the Champions League and lost their bet. Unexpectedly, the Spanish club lost in Portugal to Leipzig in the quarterfinals, without anyone understanding what happened. Diego Simeone needs to recover for this next season.

In terms of signings, Atlético follows in the footsteps of Madrid and Barça, without any key acquisitions. There are perhaps more rumours about who could leave Atlético than about the club’s main future acquisitions.

Objectively, Atlético de Madrid would have some difficulties competing with Real Madrid or Barça next season, but Simeone can always focus on competing for the Champions League title.

The Competition For The Top 4

The bookmakers give Sevilla, the winner of the Europa League last season, more chances of getting a place in the top four.

Valencia must also be taken into account. Alberto Celades’ team did not arrive in Europe at the end of last season, so all his forces will be focused on this championship.

Three different clubs have finished fourth in the last five seasons, which entitles them to play in the Champions League: Sevilla (twice), Valencia (twice) and Villareal.

Sports Betting, 2021 Also Promises To Be A Record Year

Sports betting, despite the changes, 2021 also promises to be a record year. The link between the world of sport and betting has always been...
Read more
BETTING TIPS