What Casinos And eSports Have In Common 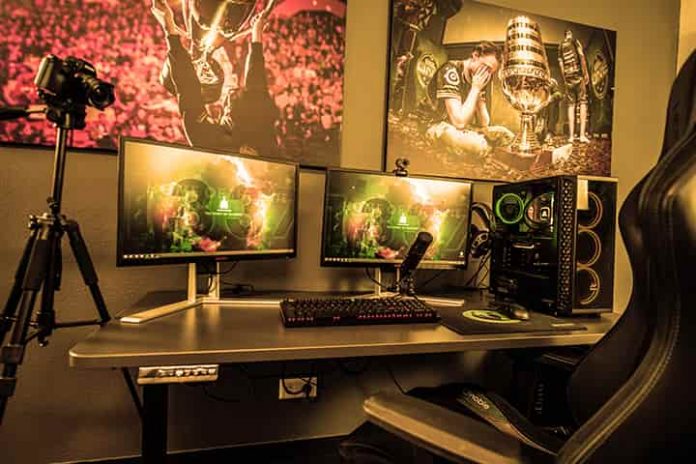 eSport has long since ceased to be a niche phenomenon – this is shown all too clearly by prize money in the millions and the star power of successful eSport players. eSport is enjoying increasing popularity and is already in no way inferior to traditional sports.

Casinos and eSports have more in common than you might think at first glance. Regardless of whether it is about casino classics such as roulette and blackjack or modern slot machines, fun in the game, victory or defeat, thrills, and, above all, entertainment is all attributes that both casinos and eSports events can ascribe to.

It is therefore no wonder that casinos are looking more and more to the growing eSports market and are looking for cooperation opportunities that enrich both the eSports and casino scenes. Because one thing is certain: eSports fans are potential casino lovers and casino lovers are potential eSports fans. Here it is important to create intersections and expand the fan base on both sides.

To give you a small overview of the current trend, we have put together everything about eSports and casinos below.

This Is How Casinos And eSports Come Together

So what do the big casinos do to present themselves appropriately to the eSports market? In addition to the necessary change, casinos also have certain know-how to take tournaments and events to the next level.

Therefore, especially in the last few years, we can see a multitude of trends that create new interfaces between casinos and eSports. The latest trends in recent years include sponsoring eSports teams by the major casino operators, organizing events, and even building large arenas that are maintained by casino operators.

In addition, there is also news regarding gaming trends that should make every casino lover and video game fan sit up and take notice. Game developers are currently in the process of experimenting with a new form of slot machine game that is no longer just about luck, but also about skill. The first forms of these skill-based slot machines are already available in some casinos.

Casinos As Sponsors For eSports Teams

Recently, casinos have found themselves in the sponsorship role again. The WinStar World Casino started in 2018 with a sponsorship contract with the eSports team CompLexity. CompLexity is a well-known eSports team, which is represented in a number of tournaments and games, such as CS: GO, Dota 2, Rocket League, Clash Royale, Fortnite, and Hearthstone. The eSports team is in good company here – for example, the Dallas Cowboys are sponsored by the famous casino in Oklahoma.

As part of the contract, CompLexity players will also occasionally appear in the casino’s premises at public events. Even if this is the first sponsorship partnership between a casino and an eSports team, they have been working together on the event level for some time.

Thanks to the initiative of many casinos, Las Vegas has become an esports stronghold in recent years. Caesars was one of the first casinos to create space for eSports – in the truest sense of the word. In 2017, Caesers created the Caesers Entertainment Studio, a Hollywood-like production facility to hold huge esports events, among other things. So Caesers became the host for the H1Z1 event in 2018.

In the same year that casinos first appeared as sponsors for eSports teams, one of the largest casino eSports arenas was opened in Las Vegas. With the HyperX Esports Arena, MGM Luxor Las Vegas has created a stadium-like arena with an area of ​​no less than 30,000 m². The arena was created through cooperation with MGM Resorts International and Allied Esports.

These are just two examples: Many casinos have already announced further plans to celebrate esports in their locations. We are looking forward to this development!

The same games have been played in casinos for centuries – slot machines are the exception here. Nevertheless, casinos have to rethink, because millennials are the first generation who grew up with video games and are accordingly much more demanding.

“Danger Arena” is considered the first so-called skill-based slot machine game. The game is in the arcade next to the regular slot machine games, is operated with the joypad, and is more reminiscent of a first-person shooter than a game of chance. This change shows where the trend is headed: young players are looking for action, fun, and an opportunity to prove their skills.

The new eSport and casino trends sound promising – for fans of both directions. We’ll stay tuned and keep you up to date on all trends!

Also Read: Blackjack: So You Are Sure Of The Winnings When Playing In The Casino