Bets, Odds And Predictions On Favorite And Winner Of Euro 2020 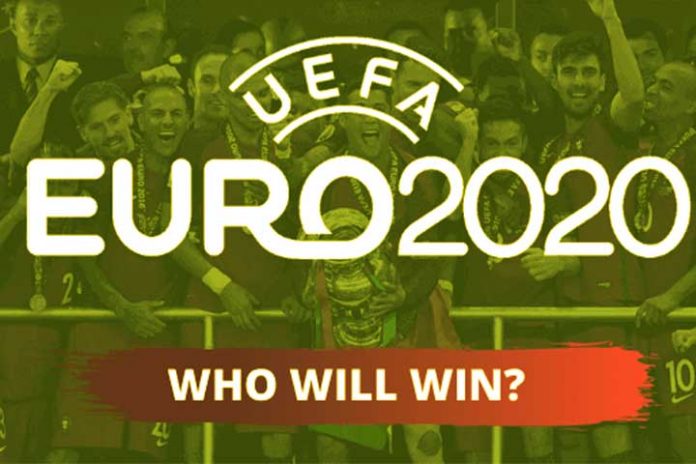 The Eurocup, which celebrates its 60th anniversary, has been characterized throughout these years as a tournament in which there have not been too many surprises. However, we can highlight the amazement that the unexpected victories in the European Cup match in Portugal (2016) and Greece (2004) produced us. No situation can be ruled out in any case.

Throughout the history of the Euro, these have been the historical champions: Germany (it has won 3 titles, three runners-up and 3 bronze medals), followed by Spain (3 titles) and France (2 titles).

Which teams have the best chance of winning Euro 2020?

The Eurocup, which celebrates its 60th anniversary, has been characterized throughout these years as a tournament in which there have not been too many surprises. However, we can highlight the amazement that the unexpected victories in the European Cup match in Portugal (2016) and Greece (2004) produced us. No situation can be ruled out in any case.

Throughout the history of the Euro, these have been the historical champions: Germany (it has won 3 titles, three runners-up and 3 bronze medals), followed by Spain (3 titles) and France (2 titles).

Which teams have the best chance of winning Euro 2020?

We can determine that these could be the logical favorites, ordered from highest to lowest probability.

The French team is currently the favorite, according to bookmakers, to win the trophy. It is a team with extensive experience in this type of tournament since it should be remembered that they are the current world champions at the 2018 World Cup and runners-up in Europe at Euro 2016.

In addition to experience, the French national team has a high-quality squad in all sections of the field, highlighting players who stand out in Europe such as Mbappe, Griezmann, Kante, Pogba, Varane … In addition, the return of Karim Benzema to the team it has made France’s odds of winning the Euro go down even further.

England is a selection of excellent quality that will seek its first European Championship. In the last World Cup in Russia 2018, they managed to reach the semifinals, showing that they are prepared to fight for the big international tournaments.

They have a good squad with essential players in the big European clubs, highlighting Harry Kane, Sterling, Mount, or Maguire. To this is added that it is a competitive block competing at the highest level with Southgate for several years.

Even though they have never won a European Championship and that their team may not be at the level of France, they have shown in the last World Cup and in the Nations Cup (where they finished third) that they must be a team to take into account to win the title in Euro betting.

They are probably the best Belgian team in history, which has never won an international trophy. Their best mark in a World Cup was in the last World Cup in Russia 2018, where they reached the semifinals and got the bronze medal. In the last Euro 2016, they reached the quarterfinals, although there is no doubt that the team has been growing since then.

They have had an excellent Eurocup qualification phase, being the best team in it. 10 victories in the 10 games played, the team with the most goals in favor (40) and the least against (3).

If we add to this the high quality of its squad, with players like Romelu Lukaku, Eden Hazard or Kevin de Bruyne, we can say that Belgium is one of the candidate teams to win the trophy without a doubt.

Bookmakers’ favorites to win the European title and its odds

In general, bookmakers usually adjust quite well, which are the favorites to win this championship. The Euro Cup winner odds are set well in advance. They are regularly adjusted according to the performance of each team throughout the tournament, as well as the news that appears with each team (calls or injuries of important players).

Below we detail the current favorites for bookmakers in the Euro and the best odds of the Football Euro 2021.

The best bookmakers to bet on the Euro winner

There are some houses better than others for the Euro Cup. Either for its markets, odds, special bets, Superquotas, or functions available to its users. Here are some of them:

The options of Spain in the Eurocup

Luis Enrique unveiled his controversial squad list, with notable absences such as Sergio Ramos, Iago Aspas, and striking presences such as Eric Garcia or Adama Traoré.

However, the Asturian coach has consistently shown that he has enough personality and knowledge to manage his teams without caring about the press’s opinion. Therefore, trust in the team is maximum.

Even though a priori seems that Spain is not at the same level as the three favorite European Cup teams, especially France and Belgium, there are arguments to think that it can go far in the European Championship.

The group stage is affordable, and Spain will most likely pass as the group leader. Rivals like Sweden or Slovakia shouldn’t pose problems for the Spanish team, and only Poland can be dangerous.

Once the group stage was over, his opponent in the Round of 16 would be very affordable too, as he would be the best 3rd among groups A / B / C / D. The bookmakers are clear about it and put Spain as the team with the most options to reach the quarterfinals.

In the quarterfinals, the complex phase of the Eurocup would begin, where France or England are expected to wait.

Therefore, we are facing a very affordable Eurocup for Spain since, in principle, it has a straightforward path to the quarterfinals. Despite the notable absences on Luis Enrique’s list, there is no doubt that there are high-level players in Europe such as Gerard Moreno, Busquets, Fabian, or Marcos Llorente.

The qualifying phase of the Spanish National Team has been convincing, as Spain remained undefeated and was solid in defense, conceding only 5 goals in 10 games. The lack of goal is probably the main must of La Roja.

There are many bets and markets available to bet on this great event. In our Euro Cup predictions section, you will find all the predictions and recommendations from Legalbet tipsters and experts: who will be the top scorer at the Euro Cup? Which team will reach the semifinals? Will Spain be able to be in the final? Who will win Euro 2020?

All these forecasts and many more are available every day in the section Forecasts of Legalbet.

Betting on surprises at the Euro

What can teams surprise at Euro 2021? In the tournament winner odds, we find striking high odds, where some teams with serious options to go far stand out. In these types of tournaments, the best bets are not always those on the favorites, since surprises are the order of the day.

Starting with Italy, an excellent team that, after failing to qualify for the 2018 World Cup, has returned through the big door to an international tournament. Their qualifying phase has been excellent, with Belgium being the best team with a full of victories, 37 goals scored, and only 4 conceded.

The selection of Portugal also has an exciting quota. It has a high-quality squad where names such as Cristiano Ronaldo or Bruno Fernandes stand out and that they have also won the last European Championship in 2016 and reached the semifinals in 2012; the European Championship is a trophy where the Portuguese team always shines.

If we look for higher odds, we find solid teams that can make a good tournament, such as Denmark or the Netherlands, although their options are more remote, especially those of the Danes.

Betting on the final

Some bookmakers offer markets to bet on which team will reach the final. In that sense, there are three clear favorites with last odds below 4.00:

They coincide with the three favorites to win the title. According to all the expert analyzes, probably the three most potent teams in the tournament and the favorites in the Euro Cup champion odds. But they are not the only ones.

Other teams also have odds close to those of the three favorites. These teams are among the main candidates to win the title both because of the potential of their squad, as well as because of the experience, or the difficulty of the team that has touched them.