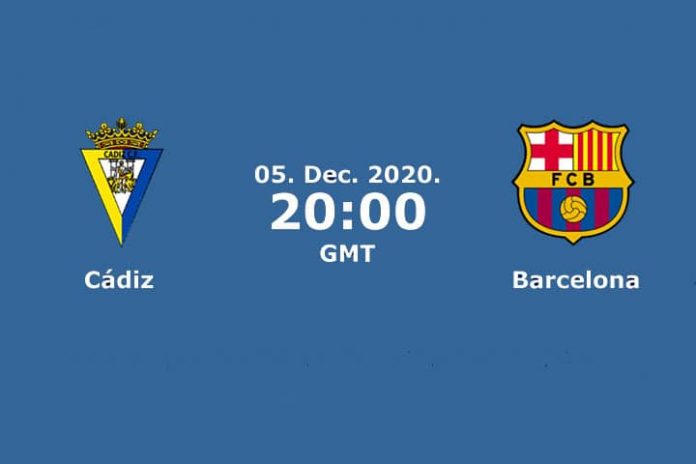 Cádiz arrives registering a streak of 3 consecutive games without winning in the Santander League (1 draw and 2 losses), a bad dynamic in which it comes from drawing away from home against Elche (1-1) and losing against Real Sociedad (0-1) and Atlético Madrid (4-0). Before these results, they had not lost in their 5 previous matches (3 wins and 2 draws).

As a local, Cádiz does not know what it is to win this season (2 draws and 3 defeats) , results that leave them as the worst home team in the category and with the need to achieve a victory to stay in the European positions (6th ), since Barcelona (7th) and Granada (8th) take only one point ahead.

Regarding the line-up, Cádiz will have the casualties of Luismi Quezada [anterior cruciate ligament tear] and Juan Cala [fibrillar tear in the adductor]; as well as the doubts of José Mari [knee sprain] and Álvaro Negredo [fibrillar rupture in the soleus].

Barcelona arrives without having lost in 3 of their last 4 Liga Santander games (2 wins and 1 draw), a dynamic in which they have managed to beat Osasuna (4-0) and Betis (5-2), in the that has drawn away from home against Alavés (1-1), and in which he has been defeated by Atlético Madrid (1-0). On the other hand, in the Champions League, he has been defeating Ferencvaros (0-3), so he will reach the last match against Juventus depending on himself to qualify as 1st in the group.

As a visitor, Barcelona comes from not winning in their last 3 games (1 draw and 2 defeats) , so they face this day knowing that they need a victory not only to improve their performance away from home but also to not be practically ruled out of the fight for the league title, being, right now, 9 points away from Atlético Madrid (2nd).

Regarding the line-up, Barcelona will have the casualties of Gerard Piqué [knee injury], Sergi Roberto [tear in the rectus femoris] and Ansu Fati [torn meniscus]; as well as the doubt of Samuel Umtiti [discomfort in the knee].

Key data for your bets Cádiz VS Barcelona

Prognosis matches favourable to Barcelona, ​​mainly due to the improvement that the Catalan team has been experiencing and because Cádiz has been offering its best performance away from home since as a local they still do not know what it is to win this season. In addition, Barcelona knows that, for the moment, they cannot afford any more setbacks if they do not want to say goodbye to the fight for the league title.

As for H2H, the balance of recent direct confrontations is totally favourable to Barcelona, ​​having won both at home and away in the two duels played previously.

In this way, for this duel in which I believe that Barcelona will achieve the victory but with Cádiz having options to score points, I am going to recommend as a risk bet the victory of Barcelona coming back (9.00).

Online sports betting has become one of the most popular forms of entertainment. On the Internet we can find countless bookmakers that compete with...
Read more
SPORTS BETTING

How To Play The Toto Sports Lottery: Tips, Tricks, And Winning Strategies

Do you love the thrill of gambling? If so, you'll want to try your luck at the Toto Sports Lottery. This is a popular...
Read more
SPORTS NEWS