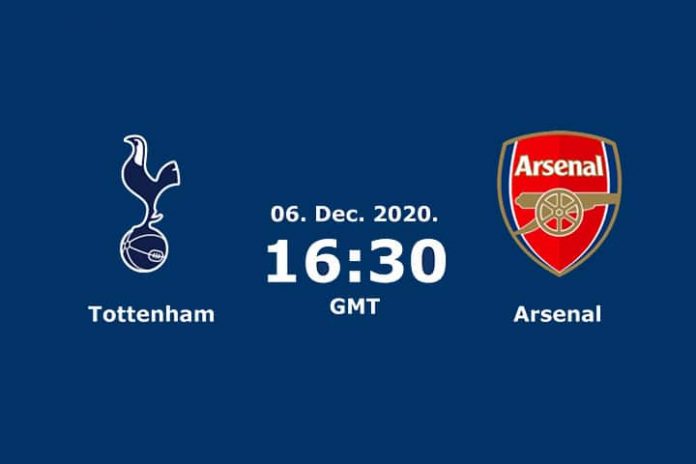 Mourinho’s side visited LASK Linz for the Europa League and drew 3-3 after leading 2-3 with little to go. In the English tournament, they drew 0-0 against Chelsea at Stamford Bridge, snapping a 4-game winning streak in the competition.

These days he has 21 points in the general table, the product of 6 wins, 3 draws and 1 loss in total. At the moment it is showing itself as a compact and well-worked team between the lines, becoming dangerous for any rival.

In terms of goals, he has converted 21 in favour and has yielded 9 against, confirming that he is a vertical eleven from midfield forward and more or less secure in defensive matters.

The logic indicates that Tottenham advances the block and risk from the initial stage. And we say this because it has a more curdled proposal than that of its classic rival. For this reason, it should not surprise us that it overflows a lot by the bands and that it exploits the local factor to the maximum.

The “Gunner” team received Rapid Vienna for the Europa League and won 4-1 (3-0 at the end of the first half). In the Premier they lost 1-2 against Wolves at home and added their third game without winning in the competition (1 draw and 2 losses in total).

Currently, she has 13 points in the general table, costing her a lot to be reliable eleven when making collective transitions (defence-attack and attack-defence).

If it is about goals, he has converted 10 in favour and has received 12 in his goal, confirming his low efficiency in the face of the rival goal. In defence, he usually makes specific mistakes that often end up costing him the games he plays.

Most likely, Arsenal will back up the block and call on counterattacks to score. And we say this because coach Arteta likes to play like that when he faces opponents of higher football hierarchy.

In the preview, the “Mou” team starts as a favourite due to the collective and offensive potential it possesses, which has increased notably this season. Therefore, it should not surprise us that he handles the ball and that he generates various situations from the initial stage.

Given this reality and knowing that Tottenham has many variants to reach the rival goal, we believe that it can win the game even if it is by a goal difference (1-0, 2-0 or 2-1).

Remember that Arsenal is an intense but irregular squad in their actions, being possible that they make a lot of mistakes when scoring.