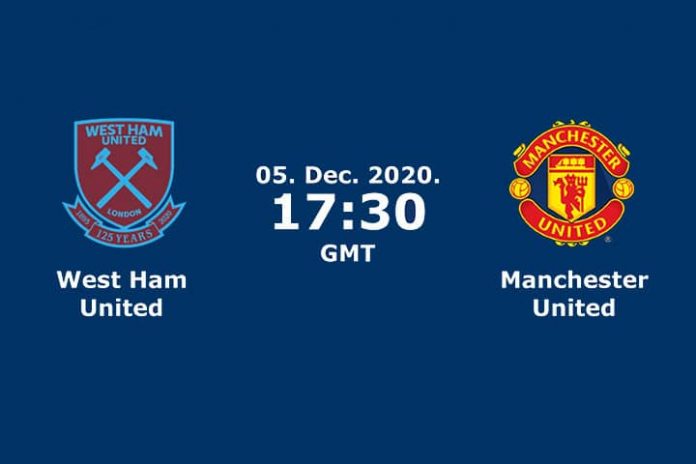 West Ham has been in good shape and this has allowed the Hammers to rank fifth in European competition.

Those led by David Moyes come from beating Aston Villa 2-1, thus adding their third consecutive victory and they are aware that a victory here and would be one point behind the leaders Tottenham Hotspur and Liverpool.

Playing at home, the Hammers have not fallen in their last six official games where they won five of them, and this Saturday they aim to stay on that path and what better than against Manchester United that arrives somewhat beaten by its midweek result in the Champions League and against whom they have not lost in their last three home games.

Manchester United have regained form in the Premier League and like their rival on duty they have won their last three games in English competition, and thus they are in ninth place and a victory here would lead them to get into the top four finishers.

The Red Devils have shown in the Premier League that they have a good attack since in their recent game against Southampton they lost 2-0 but Edinson Cavani appeared and with a double, he led to turn the scoreboard.

However, those led by Ole Gunnar Solskjaer suffered a hard defeat in the middle of the week at home, when they were defeated by PSG 1-3, at stake for the Champions League, and this result complicates the aspirations of the Red Devils to qualify for the round of 16, and therefore the midweek game on his visit to RB Leipzig will be decisive for his continuity in the said competition.

But anyway, it is now time to focus on the Premier League and Manchester United know that despite their participation in the Champions League, can not be neglected in the domestic competition, and will want to assert that good performance as a visitor It has led them to win in their last eight Premier League outings.

This is not an easy prediction to make, due to how regularly these teams have been in the Premier League since we have on one side some Hammers that are difficult to beat at home, while on the other side there are Red Devils that They are among the best playing away from home, which leads us to trust equality as the alternative that stands out the most in the 1 × 2.

But, the fact of having his mind set on the European Champions League, which may lead to some modifications in his stellar eleven, added to how badly he has gone when he has had to visit the Hammers because it takes us to see something of value in that double chance for West Ham United.