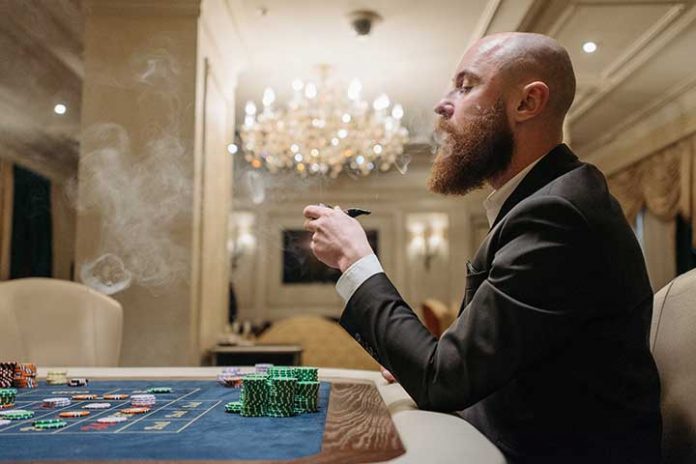 Many want to make quick money and come up with one or the other fraudulent trick. The risk of being convicted and convicted is extremely high. But which methods and strategies do the five world-famous casino fraudsters use? And how high is the probability of actually making a profit at roulette? There are specific answers to these and many other questions here.

Roulette scams – what is roulette?

Roulette is a world-famous and very popular game of chance. The most important item in roulette is the roulette wheel. At the start of the game, the croupier turns the wheel in one direction. The little wise ball rolled in the opposite direction. The wise ball will eventually fall into one of the color-numbered fields. This number then determines the winning number for the current betting round.

But first, the players have to place their bets, and only then does the wheel start to spin. In roulette, you can bet on numbers or several fields. The lower the chance of winning, the higher the payout amount. This game of chance is relatively easy and simple to understand.

Roulette Scams – How Do The Payouts Work?

The focus should be on the easy chances, as higher chances of winning are expected there. To win, you should bet on the correct number or combination of numbers. If the wise ball does not land on the number, bet you have lost.

Richard Marcus is one of the most famous casino scammers that ever existed. He cheated out of his money in Las Vegas for years. Richard developed several strategies such as “Roulette Mix-Up” and “The Savannah.” He was able to cheat the casinos out of millions of US dollars with his team without using a lot of their own money.

Richard figured out how he could mistakenly shuffle the cards so that his dealer deals with the steady hands without knowing that the cards were set up for his colleagues to win. They had won over $ 21,000 with the strategy.

The focus was on the so-called late bets

Markus’ real profit came after he joined Classon’s team. They had focused on what is known as “late betting.” The plan was as follows: To place bets after no more official bets were allowed. They only placed the bet when the event’s outcome arrived, or it was obvious what the outcome would be.

Roulette Fraud – What is the Roulette Mix-up?

Particularly high-quality chips were used in the “mix-up” roulette strategy and always exactly when Marcus knew that his bet was a win. His teammates stood by and distracted the dealer for a few seconds so that he couldn’t get caught.

These late betting strategies are considered extremely illegal in casinos, and in some cases, they have resulted in criminal prosecution. In 1982, Marcus faced ten years imprisonment after being caught. His strategy: cover up his deception with ignorance and then leave without being convicted.

Roulette Scams – What is the Savannah Trick?

After 12 years, Marcus left the Classon’s team and founded his team. His team consisted of his old school friend Andy “Balls” and another old friend Pat Mallery.

Also Read: What Is Mobile Roulette?

Marcus developed a new method of cheating that worked on roulette, baccarat, blackjack, and poker. In this strategy, he hid under a $ 5 casino chip, a $ 5,000 chip. The $ 5 chip had to be pointing towards the dealer to hide the chip underneath.

But if it was foreseeable that he would lose the bet, he quickly exchanged the chip for a $ 5 chip. This then happened exactly when the croupier looked into the roulette wheel to read the winning numbers.

Marcus checked and assessed beforehand whether the croupiers were suitable for this fraud. Hardly any croupier was able to recognize this trick. Due to the minimal displacement of the tokens, an optical illusion was created.

The strategy has been successfully played hundreds of times

If a dealer was very careful and noticed the change, Marcus and his teammates played the innocent drunks and thus covered up their cheating. This strategy later became known as the “Savannah Strategy.” Marcus’ team played this strategy very successfully hundreds of times.

Another well-known scam team was the MIT Blackjack Team. They were so successful that their story was even published in the book. That was even followed by a film called 21 in 2008 with Kevin Spacey.

The team consisted of 4 students and an MIT professor. She started cheating professionally in the casino in 1979 and has been around for nearly three decades. They called themselves the MIT Blackjack Team.

Her goal was to take card counting to a whole new level and make money with it. The MIT scam was nothing illegal. You just knew various blackjack strategies.

MIT scam is not illegal

That was a thorn in the side of the casinos, of course, but there was nothing they could do about it because the card counting system was not forbidden. They were the best and smartest blackjack players around, and they were always one step ahead of dealers and casinos.

Winning at the casino is possible, as the methods and strategies of the most successful top scammers impressively show. It is, of course, up to you how far you want to go. I do not recommend illegal strategies because there is an extremely high risk of being distributed and ending up in prison.

The terminology in online poker is very relevant, especially for those users who want to reach a high level as players. Surely many of...
Read more
ROULETTE

How To Bet On Roulette

Online roulette is one of the most widespread casino modalities on the market and knowing how to bet on roulette is very important. Your...
Read more