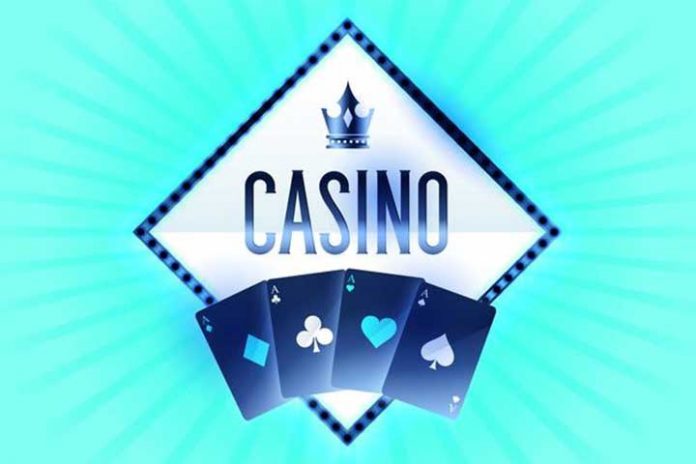 The 7 cities with the most casinos are called “Capitals of the game”.

Everyone loves playing casinos, but only a few locations offer plenty of choice for games and facilities. Only a few cities in the world can be designated as the gaming capitals or as the cities with the most casinos in the world . Here we will not talk about online casinos but only about physical casinos.

As might be expected, the first city to mention is the most extravagant city in the world: Las Vegas . It is one of the most important and largest cities in the state of Nevada and is also the county seat of Clark County. Las Vegas is known as one of the gaming capitals and is one of the 7 cities with the most casinos in the world .

Most of these are located on the Las Vegas Strip , perhaps the best known area in the whole city. In the street there are a lot of buildings that were built to become casinos or megaresorts. Some great entrepreneurs created their empire by founding casinos or resorts that still attract thousands of visitors today. One example is Las Vegas tycoon Kirk Kerkorian .

It should also be remembered that various casinos were founded by companies associated with the mafia and have seen the shadow of characters like Bugsy Siegel .

On the strip alone there are about 38 casinos and the most important are the Flamingo and Bellaggio or the historic Caesars Palace and Luxor Hotel. There are 72 casinos and among these are the most famous casinos in Las Vegas. The number of casinos present in Las Vegas is constantly increasing, or, as has already happened in the past, some casinos are acquired and then reworked with other casinos to form even larger and more majestic ones.

Also Read: The 5 Secrets Of The Casino Architects

The second city we must talk about is definitely Macau , the Las Vegas of China. Macau is so important in China that it has separate laws dedicated to this fantastic gaming capital. It is one of the rare cities that have a policy defined as ” one country and two systems “. It has around 41 casinos .

The People’s Republic of China is responsible for the military defense of land, sea and airspace and responsible for foreign affairs, while the city of Macau has control over jurisdiction, has a special monetary system and city police forces that are directly controlled by the region. under special administration of Macao.

Gaming and casino activities began in 1962, when Stanley Ho , a Chinese casino magnate, obtained a gaming monopoly with his company Sociedade de Turismo and Diversões de Macau . After the end of the monopoly, which ended in 2002, many foreign investors arrived in Macau and the economy grew exponentially. Among the many investors was also Sheldon Adelson , one of the most influential figures in Las Vegas. The economic boom came after the opening of The Venetian Macau , which also led to a great expansion in the entertainment world.

The gaming and casino sector has become so important that it covers around 50% of the GDP of the Special Administrative Region and employs around 30% of the population. The profit generated by the gaming industry in Macau is 7 times that generated in Las Vegas.

3. Reno in the United States

Reno is one of the most popular cities in the United States for gambling along with Atlantic City. One of the 7 cities with the most casinos in the world is located in Nevada and has many very famous casinos or casino hotels. Among the most famous and important casinos is the Peppermill Casino , in Italic style, which has different restaurants, such as Oceano or Romanza, with different styles. The Peppermill also has various boutiques inside and just like The Venetian in Macau, they use names that reflect the Italian style of the hotel-casino such as the Bella Bottega .

Another major casino hotel is Atlantis Casino which features attractions such as the eSports Lounge where customers can have fun and try their hand at shooter, adventure or sports games in eSports. For the little ones, on the other hand, there is a games room called Atlantis Fun Center with many new arcade cabinets where it is also possible to organize birthday parties.

Last, but not least, is the Circus Circus in Reno. The hotel-casino is also part of the Caesars Entertainment group and faithfully reflects the most famous Circus Circus in Las Vegas opened in the 70s by Jay Sarno . Also in this case the style is that of the circus and is fully represented with the various circus shows, called Reno Circus Shows , which take place from Thursday to Sunday. Inside the room where the show takes place it is possible to play various games always present in the village festivals such as the miraculous fishing or the throwing of the rings. In total there are around 25 casinos.

Unexpectedly, London is present in the ranking of the 7 cities with the most casinos in the world . As we know, the British love the game and not only sports but also and above all casino games such as roulette or poker. Games that are not always present in all casinos are also appreciated, such as the race of the Greyhounds . There are around 20 casinos .

Among the most famous we find The Empire of the Caesars Entertainment group, where you can not only have fun with the various casino games, but also learn to play with Poker lessons or become a real bartender with the lessons provided in the Cocktail Masterclass.

Another very important and very famous structure is the Aspers Casino . The casino also has a very strict dress code that customers only have to abide by in order to enter the casino. Some examples of exclusion of the possible customer are ripped jeans (even specially), with vests or sleeveless shirts, with dirty clothes or with T-shirts that refer to adult themes, even just a simple reference.

Important to mention is the Crockfords Club , an exclusive casino where only those who want to experience the thrill of the game can enter. It is famous in London for being built next to the former gentlemen’s club, but has become famous around the world for the scandal involving the legal battle between Phil Ivey and the casino.

Also Read: How To Choose The Right Safe And Legal Online Casino

Also on the list is a city in South America, San José . The former Spanish colony located in the center of Costa Rica in the Caribbean Sea is very famous not only for being the capital of the country, but also for being one of the 7 cities with the most casinos in the world. One of the most famous casinos is the Crowne Plaza San José , of the IHG group also present in Rome through the same brand, which offers visitors a large room where they can play roulette and slot machines. A very particular game depopulated among the tables of this casino: Pai Gow Poker , sometimes confused with Chinese poker. There are about 15 casinos in the city .

Another famous casino hotel in San José is the Taormina Hotel and Casino which, as you might expect, is based on the Italian style. Here too there is a casino, albeit smaller in size, where it is possible to play slot machines or other casino games. As a classic reference to the boot there is an Italian restaurant that offers classic dishes of our local culture, sometimes revisited.

The first casino hotel to open was the Resorts Casino Hotel which saw its structure change to add the casino area from the old 1904 hotel. Others followed suit such as the old Regency Motor Hotel which after the acquisition by Caesars Entertainment , at the time Eldorado Resorts Inc, transformed it into Caesars Atlantic City , much like Caesars Palace in Las Vegas.

Among the various casinos such as Tropicana or Harrah’s, there is also the famous Bally’s . Again, the casino hotel was born from the ashes of two separate old hotels then joined in Bally’s Grand. The square meters covered by these structures is approximately 106 thousand square meters , not to mention that many of these casinos are developed vertically.

Among the cities with the most casinos in the world there is also the most romantic city in the world: Paris . In addition to the Eiffel Tower and the iconic Louver Museum, there are several casinos to visit to make a tourist’s stay more sparkling and exciting. It is difficult to estimate the number of casinos in Paris , at the moment there are more than 5 in the city.

For example, we can mention the Club Circus Paris , located in the Auteuil district, or the Club Pierre Charron in the Champs-Élysées area a stone’s throw from the Seine, or the Imperial Club Paris located in the Place d’Italie district.

Facebook
Twitter
Pinterest
WhatsApp
Previous articleBlackjack Insurance: When And Why It Is Convenient To Use It
Next articleHow Many States Is Golden Nugget Online Gaming In?